If you want to know more about this and what Stephen Hawking thinks. 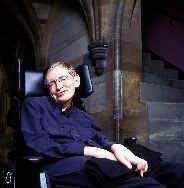